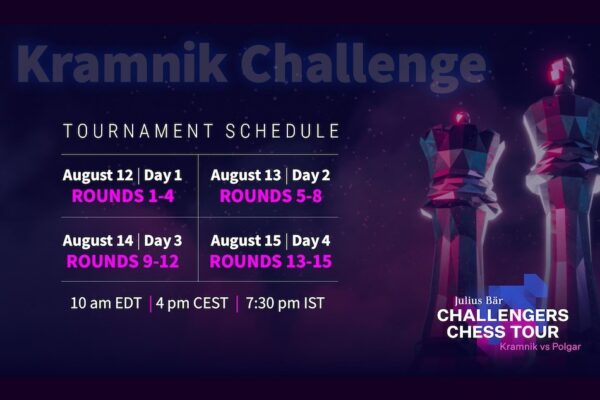 The Kramnik Challenge is a 16-player rapid round-robin taking place on chess24 from August 12-15. The third of five events on the $100,000 Julius Baer Challengers Chess Tour, it features two teams of 8 young players captained by Vladimir Kramnik and Judit Polgar. 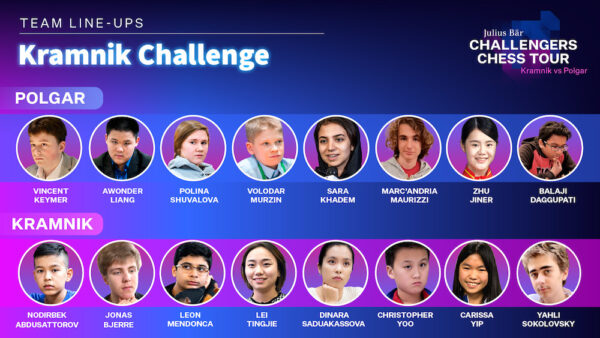 The winner earns $3,000 as well as a place on the next event on the $1.5 million Meltwater Champions Chess Tour, starting August 28. The time control is 10 minutes for all moves, with a 5-second increment per move starting from move 1. The winner is decided by individual points, but the players’ scores also count towards team standings. After the tour is over the best scoring team earns a trip to the World Chess Championship match in Dubai.