Andrii is an International Grandmaster, his highest ELO was 2609. PhD in Ag & Applied Economics; Currently works in PwC as Senior Associate. 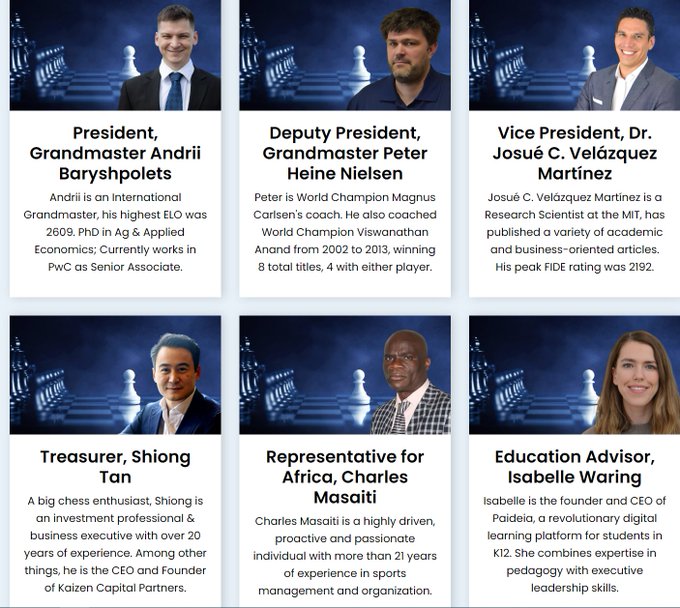 Josué C. Velázquez Martínez is a Research Scientist at the MIT, has published a variety of academic and business-oriented articles. His peak FIDE rating was 2192.

A big chess enthusiast, Shiong is an investment professional & business executive with over 20 years of experience. Among other things, he is the CEO and Founder of Kaizen Capital Partners.

Charles Masaiti is a highly driven, proactive and passionate individual with more than 21 years of experience in sports management and organization.

Isabelle is the founder and CEO of Paideia, a revolutionary digital learning platform for students in K12. She combines expertise in pedagogy with executive leadership skills.

Marc has 30 years of investment banking experience having closed 150 transactions valued at more than $20 billion. He spent the last decade leading a team of 12 investment bankers.

Matt Schwartz is the co-founder and CEO of Afresh, a supply chain technology company that manages billions of dollars of fresh food and has grown to over 150 employees.

Matt Robinson is amongst Europe’s most prolific angel investors, the founder and CEO of proptech company Nested, and previously founded, and is, on the board at the fintech GoCardless.