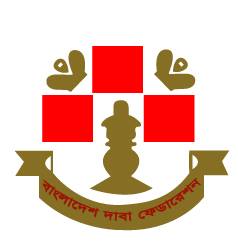 The Tournament will be held from 19 th to 27 th October, 2021on the occasion of birthday celebration of
Shahid Sheikh Russel, the youngest son of Father of Nation Banghabandu Sheikh Mujibur Rahman. The
event will be played in accordance with the following rules and regulations:

The tournament shall be conducted as a Swiss System competition of 9 rounds and will be
played according to FIDE regulations.
The time control is 90 minutes for the whole game an addition of 30 seconds per move starting
from move one. The games shall be played with DGT clocks. Pairings will be made by Swiss
Manager Program.
Default Time: Default time is 30 minutes after starting the round.
The drawing of colors for round 1 shall be carried out during the players’ meeting.

Bangladesh Chess Federation will provide Air Fare to all foreign Grndmasters (GM). Air travel
expenses for the International Masters (IM) shall be borne by themselves.
We will arrange transfer between Hazrat Shahjalal international airport and hotel.

7. CHIEF ARBITER AND HIS ASSISTANTS

The Chief Arbiter, his Deputy and Assistants will be appointed by the Bangladesh Chess
Federation.

An Appeals Committee shall be constituted before the beginning of the tournament as stipulated
in the regulations.
There shall be a Chairman, two members, and two reserve members shall from different
Federations. No member of the Appeals Committee shall sit in judgment in a dispute involving a
player or party from his Federation except where the dispute is between two players or two parties
from his Federation.
All protests must be submitted in writing to the Appeals Committee not more than one hour after
the relevant playing session, or the particular infringement complained against. The Committee
may decide on the following matters:
an appeal against a decision by an arbiter, a protest against a player’s behaviour,
a complaint alleging false interpretation of the regulations, a request for the interpretation of
specific regulations,
a protest or complaint against any participant, or
all other matters which the Committee considers important.
If possible, the Committee shall reach a decision not more than two hours after the submission
of a protest. The appeals process shall include written representations and a written decision.
The Committee shall endeavor to find binding solutions that are within the true spirit of FIDE
motto. Each protest must be accompanied by a deposit fee of USD 50 (Fifty US Dollars) or the
equivalent in local currency. If the protest is accepted, the fee shall be returned. If the protest is
rejected, the fee may be forfeited to the Organizing Committee. The written decision of the
Appeals Committee arising from any dispute in respect of these regulations shall be final.

Prize money will be not shared in the Sheikh Russel International Grandmasters Chess
Tournament, Tie break system to make ranking will be calculated in the following
order:
a) Direct encounter between the players in tie;
b) Buchholz Cut 1**;
c) Buchholz;
d) Average Rating of Opponents Cut 1 (AROC 1)* Greater number of victories inclusive
forfeit points
* Average Rating of Opponents, excluding the lowest-rated opponent.
** Buchholz score reduced by the lowest score of the opponents.

Requested to all foreign countries to send their GM and IM names on or before 5th October,
2021 with passport copies and photo ID at Bangladesh Chess Federation,
E-mail: banchessfed@gmail.com