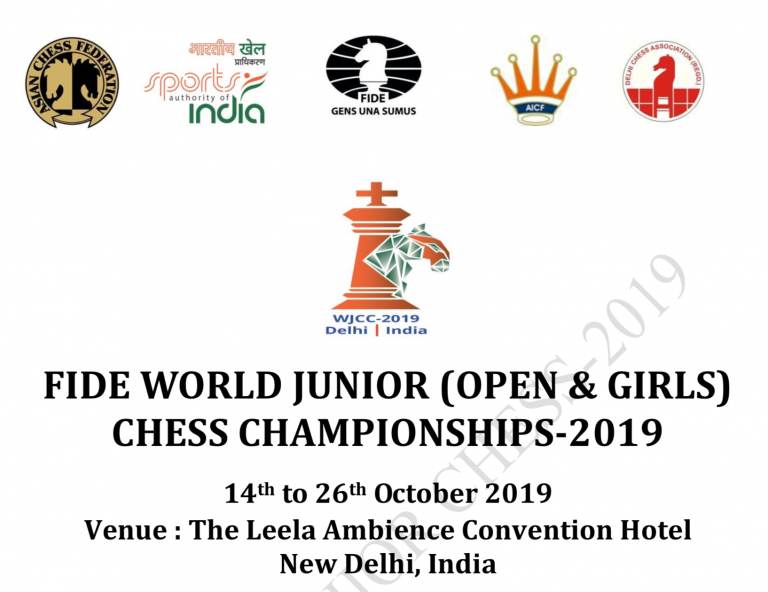 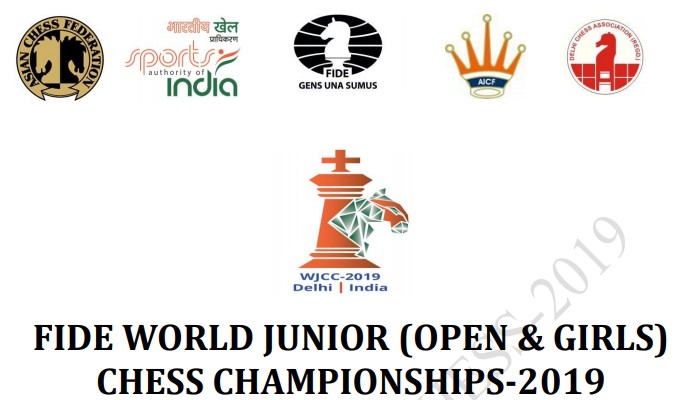 1. The tournament will be played according to the Swiss System in 11 rounds.

3. No draw offers are allowed before 30 moves by both players, without the consent of the arbiter. All other regulations apply as per FIDE Handbook, including 15 minutes default time.

4. Tie-breaks: If two or more players are tied, the following tiebreaks will be used a) Results of direct encounters between the tied players (applies only if all tied players have played each other. If a player in the same point group has beaten the remaining players in the group, he will be no.1 in the group, even if all have not played each other), b) Buchholz Cut 1, c) Buchholz, d) The greater number of games played with black e) The Greater number of wins.

5. FIDE Anti Cheating Measures and guidelines are in effect during the championship.

6. The winner of the 2019 World Junior Championship U20 (Open) receives the GM title. Others who tie for the first place will receive the GM norm.

7. The winner of the 2019 World Girl Junior Championship U20 receives the WGM title. Others who tie for the first place will receive the WGM norm.

8. The silver and bronze medallists of both categories (open U20 and girls’ U20) receive the IM and WIM titles respectively.

9. FIDE over the board title norms are also possible for the other players based on their performance and their opponent’s titles/ratings as per FIDE Handbook requirements.

10. All players will be given diplomas for participation.

11. The total Prize Fund for the whole tournament, for Open and Girls Categories is 10.000 Euros. Three places in every category will be awarded with trophies.