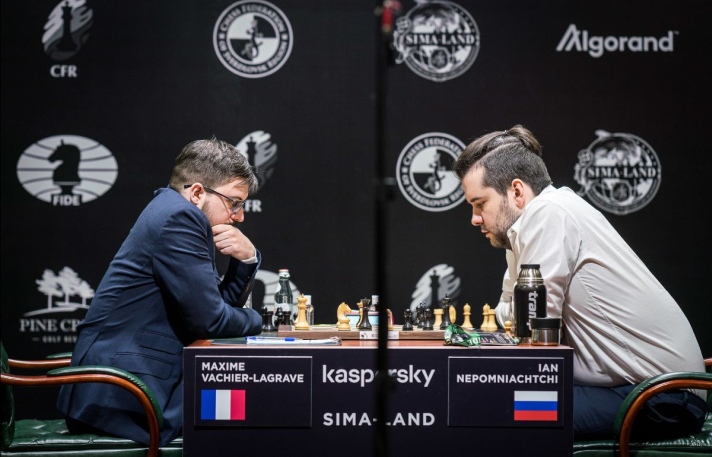 The Candidates Tournament, the biennial 8-player event that decides who will be the Challenger for the World Chess Championship title, will resume on the 19th of April in Yekaterinburg, Russia.

This double round-robin tournament kicked off on March 16, 2020. However, it had to be abruptly stopped 11 days later when the Russian government announced the closure of air traffic with other countries, amid a rapidly escalating coronavirus pandemic.

The sudden crisis left hanging this prestigious event, one of the oldest traditions in the world of sports. Since half the rounds had already been played, this interruption created an unprecedented situation, as the regulations stipulate that the results obtained until that point must stand — rather than having the tournament re-started from scratch. When the tournament was interrupted, the French Maxime Vachier-Lagrave and the Russian Ian Nepomniachtchi were in the lead, with 4½ points after seven games. Fabiano Caruana (USA), Anish Giri (Netherlands), Wang Hao (China) and Alexander Grischuk (Russia) are in the chasing pack, all with 4½ points.

After a long wait, the challenger to Magnus Carlsen’s throne will be finally known by the 28th of April.

This is the detailed schedule for the second half of the tournament, to which all players have agreed on and expressed their readiness to take part in:

The eyes of the entire chess world will be on this tournament, which is expected to receive massive coverage. The recent surge of interest towards chess and the special circumstances around the event guarantees the biggest number of spectators for any Candidates Tournament in chess history.