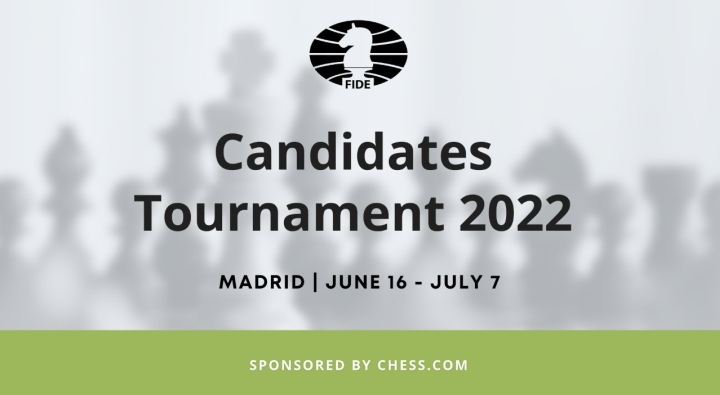 Candidates Tournament to take place in Madrid sponsored by Chess.com

The 2022 Candidates Tournament, which will produce the challenger for the next world chess championship match, will take place in June-July 2022 in Madrid, Spain. As the organising sponsor of this prestigious tournament, Chess.com signed an agreement on Monday with governing body FIDE and the Scheinberg family, patrons of the event.

The Candidates Tournament will once again be the most important tournament of the year, with eight top grandmasters fighting for a spot in the next title match. The previous Candidates tournament, which was held in Yekaterinburg, Russia partly in 2020 and partly in 2021 due to the Covid-19 pandemic, was one of the best-viewed tournaments in chess history.

Following the agreement among FIDE, the Scheinberg family, and Chess.com, the dates and host city for the next Candidates Tournament have been set. The tournament is due to take place June 16 — July 7, 2022 in Madrid. The location of the playing hall is yet to be announced, but it’s known already that the opening and closing ceremonies will be held in the Four Seasons luxury hotel in the Spanish capital.