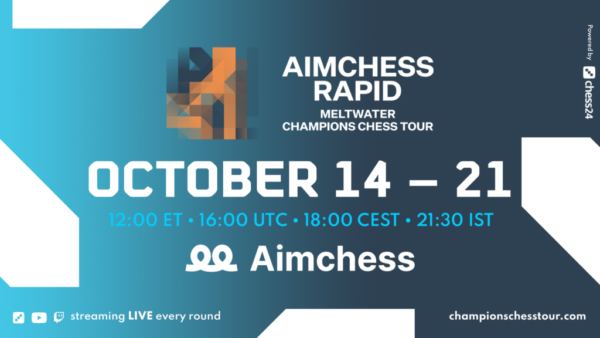 
The quarterfinals and semi-finals are 1-day, 4-game matches, while the final will feature two such matches over two days. The players have 15 minutes for all their moves, plus a 10-second increment starting from move 1. In the Prelims there are 3 points for a win and 1 for a draw. If a tiebreak is required the players will play two 5+3 games and then, if needed, a single Armageddon game, where White has 5 minutes to Black’s 4, but a draw counts as a win for Black. No draw offers are allowed before move 40.