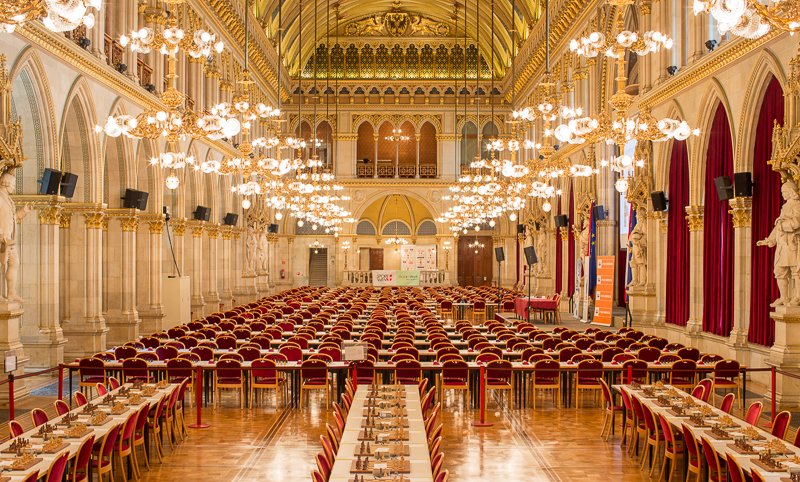 All tournaments will be played according to FIDE-rules. Mobile phones are allowed but have to be switched off. Default time at the start of all rounds is 30 minutes.

On registration the players agree that the organizer will record and process their personal data for the tournament. Furthermore players agree to the publication of results and data necessary for the Elo Rating.

During the Vienna Chess Open photos, shootings and sound of players and visitors will be recorded. They agree that the organizer may broadcast and publish these data without compensation and any temporal or territorial restriction.

For the admission to the tournaments, the start ranking list and for the award of category prizes in group A and B the actual FIDE-Rating and in group C the Austrian rating list will be used. Players without a valid rating will be assigned a rating by the chief arbiter. Prizes will not be shared (BH-2, BH, RP), multiple prizes at the Vienna Chess Open are not possible. Prize money is taxable.

All players must confirm their attendance at the tournament hall on August 17th, 2019 until 14:00 at the latest. If not, the player won’t be paired.

Players who provide false information on their entry form risk being disqualified from the tournament. The organizer of the tournament is entitled to refuse players without giving reasons.