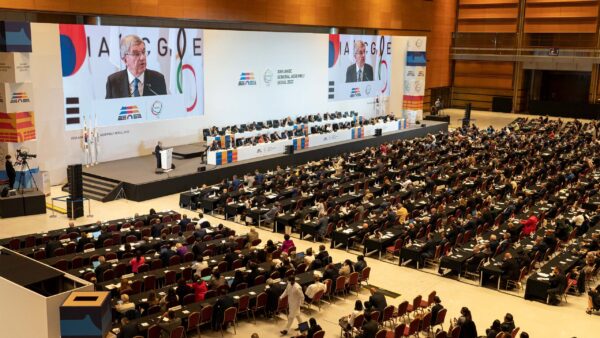 In his State of the Olympic Movement address to the Association of National Olympic Committees (ANOC), IOC President Thomas Bach stressed the overriding need for unity in tackling the global challenges facing the sporting world following the Russian invasion of Ukraine (full text of the speech here).

Speaking at the ANOC General Assembly in Seoul, Republic of Korea, he highlighted that, nearly eight months since the Russian invasion of Ukraine, the reasons for the sanctions and the protective measures issued by the IOC continue to persist.

He explained that the war in Ukraine continues to represent a blatant violation of the principles of the Olympic Charter and that therefore the sanctions against the Russian and Belarusian states and governments imposed by the IOC “must and will remain firmly in place.”