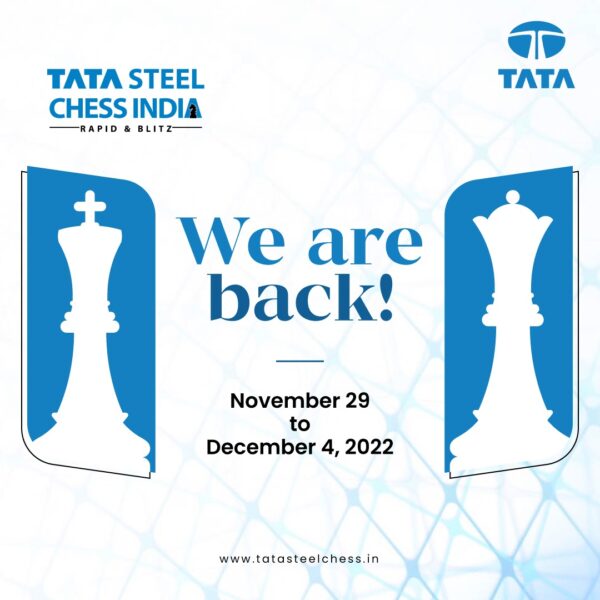 The 4th edition of Tata Steel Chess India was announced today with the introduction of a Women’s Edition of the tournament. The open tournament has been on for three editions now and in its fourth edition, TSCI will have a women’s tournament with the same format – rapid and blitz. The tournament will take place from November 29 – December 4, 2022 in Kolkata. 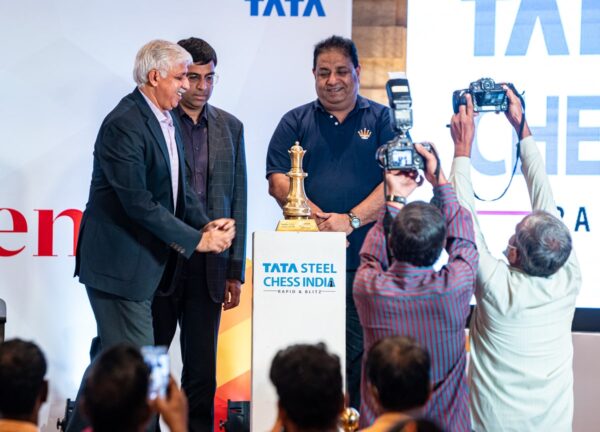 Top International Grandmasters, top Indian men and women Grandmasters, young Indian talents and Viswanathan Anand as the ambassador and advisor of the tournament will enrich this year’s competition. For the first time in the history of the game, the prize fund for both the men’s and women’s category will be equal.

Women Grandmasters who have already confirmed their participation are Anna and Mariya Muzychuk from Ukraine, Nana Dzagnidze from Georgia and Alina Kashlinskaya from Poland. Indian chess superstars Koneru Humpy and Harika Dronavalli will be joined by rising star Vaishali R – all of who were a part of the Bronze-winning team at the recently concluded Chess Olympiad in Chennai.