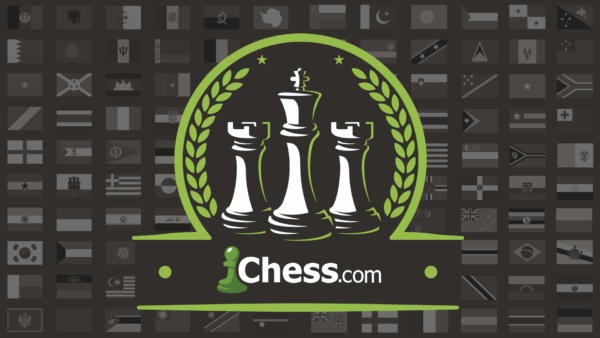 Editors note: In early 2020, Chess.com was experiencing steady growth and had projected that it would hit around 4 million daily active users in 10 years. Then the pandemic hit, and alongside the release of the Netflix smash hit, The Queen’s Gambit, they reached this active user number in six months. In this post, Saad Abdali, Director of Technology at Chess.com, explains how handling this surge would have been impossible without the help of their migration to Google Cloud.

Happy International Chess Day! Chess is often seen as a game that’s elitist and stodgy —something your grandfather played back in the day.

In fact, nothing could be further from the truth. Thanks to the internet and sites like ours, chess has never been more vibrant than it is today.

Each day, millions of people visit Chess.com to learn the game, solve puzzles, play against similarly skilled opponents, watch live tournaments, and connect with other chess aficionados. During the pandemic, interest in the sport grew faster than at any time in history.

By adopting Google Cloud, we have been able to achieve things that were difficult or impossible when relying solely on our on-premise hardware. The greatest benefit Google Cloud provides is the ability to scale instantly as demand increases. And in 2020, the demand for online chess surged in a way we had never seen before.

We first began noticing unpredictable spikes in traffic when our weekly Titled Tuesday event began surging in popularity in 2019. Titled Tuesday is a contest where the best players in the world (those who have the title of Master or better) compete in high-stakes one-hour matches for prize money. We introduced the event in 2014, and by 2018 the event was attracting nearly 400 of the chess world’s brightest stars each week, along with the legions of fans who wanted to watch them play.. Keeping our on-premise servers up and running during these increasingly high-stakes events was a growing challenge.

Then the pandemic hit.

Almost overnight, traffic to Chess.com tripled. Since our launch in 2007, we had been growing at a steady rate of about 20-50% every year. But in March 2020 alone, our number of daily active users rose from 280,000 to more than 1 million.

Fortunately for us, we’d begun migrating significant functionality to Google Cloud in mid-2019. Before then, we’d run entirely on hardware we owned and deployed to physical data centers. So when our traffic surged, we were able to click a few buttons and spin up all the virtual servers we needed.

Traffic remained at that high level throughout the summer and early fall. And then, after The Queen’s Gambit debuted on Netflix last November, it doubled again.

The fictional story of Beth Harmon’s rise to chess mastery inspired a new generation of players, especially young women. At the peak, we were serving up to 6 million users each day.

The surge in popularity inspired us to create chess-playing bots that use a Monte Carlo tree search system to mimic Harmon’s style of play, as well as the styles of living grandmasters like Hikaru Nakamura and Maxime Vachier-Lagrave.

Our ability to quickly expand capacity with Google Cloud is what allowed Chess.com to meet all of that rapidly increasing demand. It also enabled us to roll out new game types, like Puzzle Battle, where players compete against similarly skilled opponents to solve a series of increasingly complex chess problems. Puzzle Battle was the first major feature that we designed from the ground up to run in Google Cloud. Not only did this avoid adding load to our on-premise hardware, but we found that it significantly accelerated the development process.

We’re currently migrating all gameplay from Chess.com, as well as its companion site, ChessKid.com, to a new distributed gameplay system hosted entirely on Google Cloud. In addition to helping us scale, the new cloud architecture provides a number of other benefits, including the ability to deploy a truly global service. One of the most popular game types on Chess.com is Bullet Chess, in which each player gets just one minute on the clock; these extremely fast games are quite time-sensitive. Google Cloud is enabling us to deploy gameplay nodes across the world, so that each player can enjoy a low-latency connection to a nearby Chess.com node.

After The Queen’s Gambit, our site traffic stabilized to around 4 million daily active users. Still, the site experienced 10 years’ worth of projected growth in just six months. There is no way Chess.com could have handled that surge without the move to Google Cloud.

With Google Cloud’s nearly infinite ability to scale in response to demand, we don’t have to forecast what our site traffic is going to be at any point in time. We no longer worry about whether the site is resilient enough to withstand unexpected surges, or end up wasting money by over-provisioning servers that go unused.

It also gives us the freedom to experiment with new projects at minimal risk. We can try out new features for the site. If they fail, we can spin down the virtual machines and stop paying for them. If they are a wild success, we can simply add more machines to spread the load.

Our greater mission is to share our love of chess with the world, and to enable existing players to expand their horizons. It’s one of the reasons why we’ve created sites like ChessKid.com, and recently together with The International Chess Federation (FIDE), announced the first-ever Women’s World Cup.

Chess began as a game, turned into a community, and is becoming a movement. We’re proud of the role Chess.com has played in that evolution, and grateful for the help Google Cloud has provided in allowing us to make it a reality.