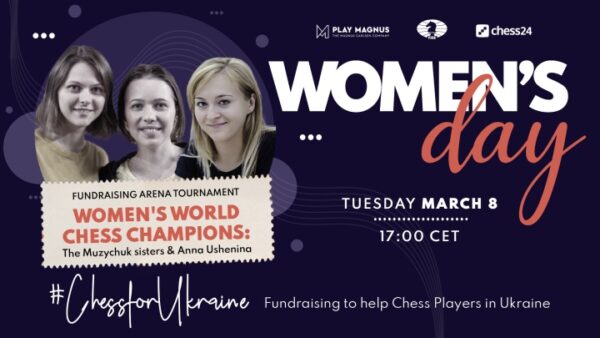 In light of the ongoing war in Ukraine, and under the roof of the Year of the Woman in Chess, the FIDE Commission for Women’s Chess had established a fundraiser for Ukrainian chess players and their families affected now by war. They have also reached out to a number of women chess players in Ukraine, well-known in our chess community, to provide them with help and support.

You can read their letters and messages and make your donation in the fundraiser.

Also, the FIDE Women’s Commission, in partnership with Chess24, has prepared a series of events on the Women’s Day to support Ukrainian chess players and their families. The main hosts of the Women’s Day special broadcast will be IM Jovanka Houska and IM Eva Repkova. 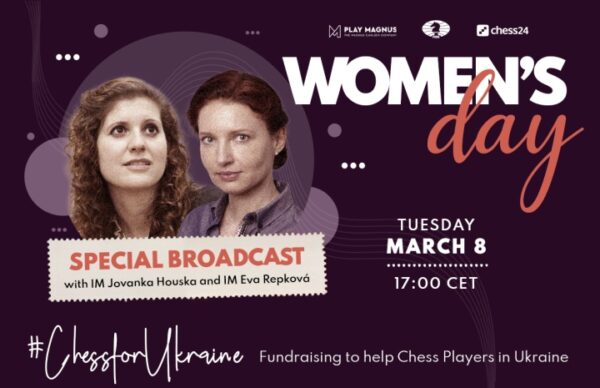 The Chess for Ukraine 3 min arena tournament will start at 17:00 CET. The first of a series, this tournament is named after the World Champions Anna & Marija Muzychuk and Anna Ushenina. FIDE Commission for Women’s Chess and Chess24 joined forces in this fundraising event to help female chess players in Ukraine.

The schedule of the events is the following:

Let us show our strong support for our Ukrainian chess players and their families by participating in these events and a fundraiser!