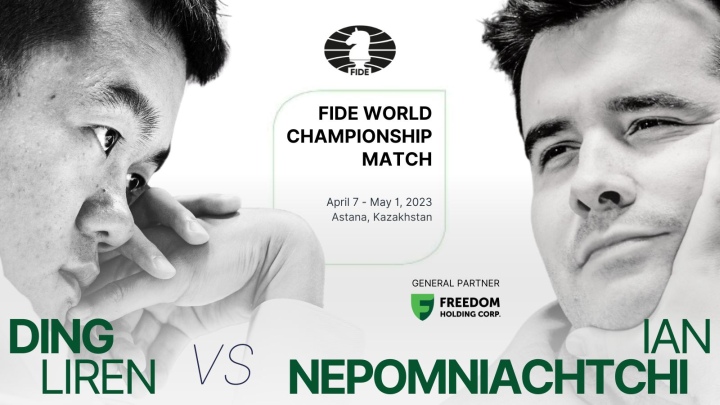 The FIDE World Championship 2023 is due to take place in Astana, Kazakhstan, from April 7th to May 1st.

A new World Champion will be crowned, as Ian Nepomniachtchi and Ding Liren will battle to seize the throne left vacant by Magnus Carlsen’s withdrawal

The General Partner of the event, which boasts a sensational prize fund of 2 million euros, will be NASDAQ-listed firm Freedom Holding Corp, a US-based corporation with Kazakh roots that provides financial services.

Since almost five centuries ago, the question of who the best chess player in the world is has been resolved over a match, a face-off between two players competing over the course of several weeks, usually with a large purse at stake.

But more importantly: whatever happens in Astana, history will be made, as a new World Champion will be crowned.