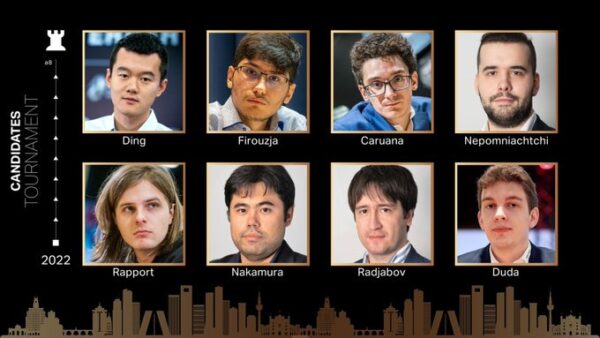 The 2022 FIDE Candidates Tournament will be held from June 16 to July 5 at the Palacio de Santona in Madrid, Spain.

The total prize fund of the Candidates Tournament is € 500,000

The tournament is played as a double round-robin (all play all twice) with 14 rounds. The time control for each game is 120 minutes for the first 40 moves, followed by 60 minutes for the next 20 moves and then 15 minutes for the rest of the game with an increment of 30 seconds per move starting from move 61. The players cannot draw a game by agreement before black’s 40th move. A claim for a draw before black’s 40th move is permitted only in cases of a draw by threefold repetition or a stalemate. If there is a tie for first place after 14 rounds, a playoff to determine the winner shall be played.