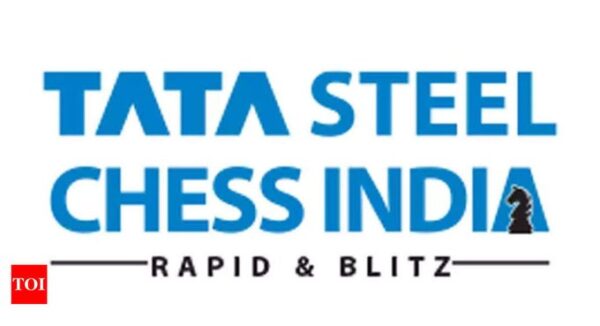 TATA STEEL CHESS INDIA RAPID & BLITZ, India’s biggest chess tournament, will be held from November 29 till December 4, 2022. The open tournament has been on for three editions now and in its fourth edition, TSCI will have a women’s tournament with the same format – rapid and blitz.


The Format
Two tournaments: a women’s event and an open event.
The tournament will be played in two formats — rapid and blitz.

Rapid Tournament
A single 10-player Round Robin played on November 29, 30 and December 1, with 3 rounds per day. The time control is 15 minutes for the entire game with an increment of 10 seconds from Move 1.

Blitz Tournament
A double 10-player Round Robin played on December 3 and 4, with 9 rounds per day. The time control is 3 minutes with an increment of 2 seconds from Move 1.