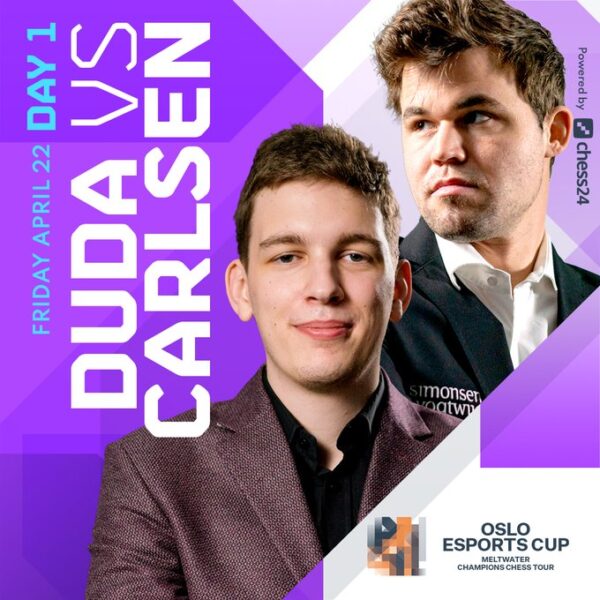 The Oslo Esports Cup, the 1st Major on the $1.6 million 2022 Meltwater Champions Chess Tour, is the first time all the players have gathered at a single physical venue. World Chess Champion Magnus Carlsen tops the field as 8 players play each other once over 7 rounds for a $210,000 prize fund.

Each match consists of 4 rapid games on the chess24 Playzone, with the winner earning $7,500 (3 points). If the match is tied there’s a blitz tiebreak, with 2 blitz games followed, if needed, by a single Armageddon game. The winner earns $5,000 (2 points) and the loser $2,500 (1). For each rapid game the players have 15 minutes for all their moves, with a 10-second increment after each move. For blitz games it’s 5 minutes and a 3-second increment, while for the Armageddon game White has 5 minutes to Black’s 4, but a draw counts as a win for Black.