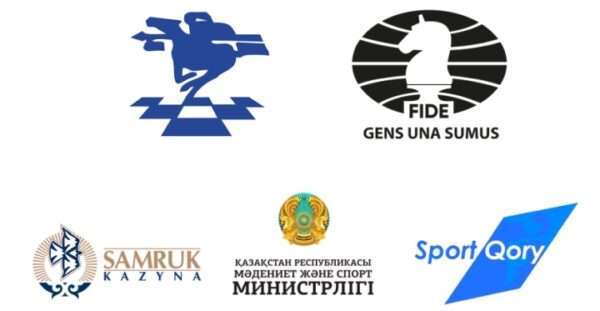 Kazakhstan Chess Federation will undertake the organization of the first leg of the FIDE Women’s Grand Prix. Its capital, Nur-Sultan, formerly known as Astana, will host the event from September 21 to October 4.

FIDE would also like to thank the Kazakhstan Chess Federation and the Ministry of Culture and Sports of the Republic of Kazakhstan for their invaluable assistance in holding this event in Nur-Sultan.

The main sponsors of the event are the sovereign wealth fund Samruk-Kazyna, and the Tourism and Sports Industry Support Fund.

Established in 2008, Samruk-Kazyna is a business corporation — an investment holding whose mission is to improve the national welfare of the Republic of Kazakhstan by enhancing competitiveness and sustainability, improving corporate governance, and ensuring long-term sustainability for future generations.

The Tourism and Sports Industry Support Fund was established in connection with the VII Asian Games held in Kazakhstan in 2010 and adopted a new legal form in 2014-15 when the government approved a new set of laws regulating physical culture and sports and a new charter for the Fund. Its tasks are to support professional and amateur sports, as well as to attract sponsors and donors in order to fund sports projects.

FIDE would also like to thank the Kazakhstan Chess Federation and the Ministry of Culture and Sports of the Republic of Kazakhstan for their invaluable assistance in holding this event in Nur-Sultan.

While the exact line-up for Nur-Sultan is yet to be defined, the WGP Series 2022-23 will feature a total of 16 players, and each one of them will participate in three out of four WGP tournaments.

Three more players are eligible by rating, with the March 2022 ranking list as a reference: these would be Hou Yifan, Kateryna Lagno, and Nana Dzagnidze. That would make Harika Dronavalli the first reserve player if any of the previously listed participants turned down the invitation.

Lastly, each of the four WGP tournament organizers has the right to nominate a player of their preference in consultation with the FIDE President.

The total prize fund for the event in Kazakhstan will be €80,000, with another €80,000 being distributed among the top 8 finishers in the global Women’s Grand Prix Series standings, according to the cumulative points they score across the four events.