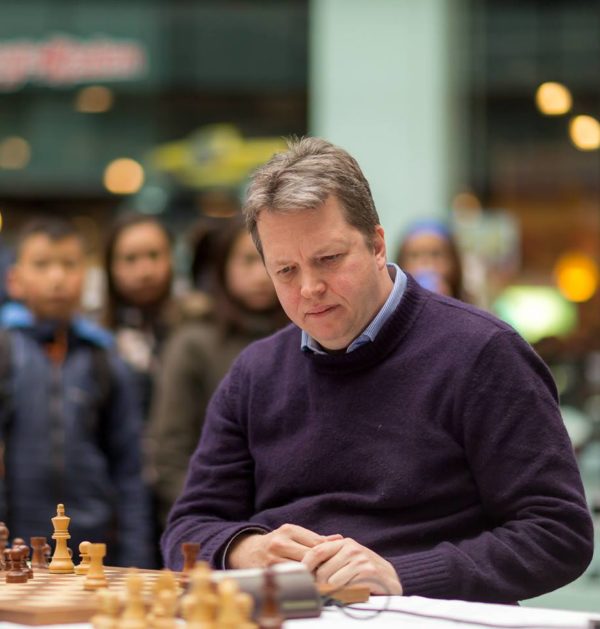 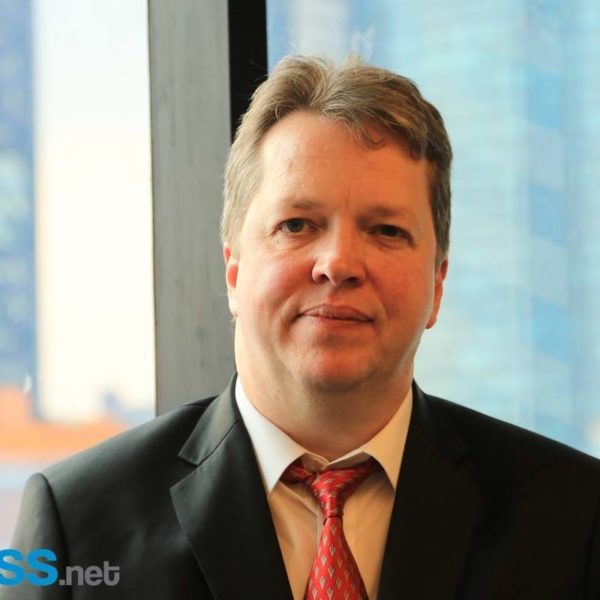 Firstly, I would like to thank you for agreeing to an interview on such short notice. (From the initial request for an interview to the start of the interview was less than 40 minutes. I was surprised by how readily Nigel Short agreed to this interview. Within minutes I was setting up).

Nigel Short: Thank you for the interview. I have been a veteran of 3 campaigns in previous FIDE elections, but I have never actually been on anyone’s ticket. This is the first time I am on a ticket, and not only that, but actually heading it. I am choosing my own team.

Africa Chess: What made you decide to run for the post of FIDE president? It was a big surprise to me when I saw that you had decided to run.

Nigel Short: I decided some months ago after someone suggested to me that I should run. I have been involved with the English Chess Federation in the past, and I have seen a lot in terms of how the game is currently run by FIDE. I am, of course, interested in chess and therefore in the running of the game.

I have been writing about chess, and the problems in chess, for a long time. When it was proposed to me that I should run for office, I thought that it might be an opportunity to bring about a good and lasting transformation in the game.

The current schism between Kirsan and Makropoulos presents an opportunity to bring about the change that chess truly needs. A two-horse race is very different from a 3-horse race. A very significant number of people are very unhappy with the current state of FIDE. Just one of the many challenges that FIDE is currently facing, is the fact that it currently does not have a bank account!

What would you say to people who are concerned that you might lack the necessary business experience?

Nigel Short: It’s quite true that I have never discussed business deals with genocidal dictators. However, I have never had the slightest difficulty opening or keeping bank accounts, and quite frankly I think that already puts me well ahead of the other two.

Are you not worried about splitting or fragmenting the votes?

Nigel Short: People who supported Kirsan in the previous election… a lot of them will vote for Kirsan or Makropolous again. I think Makroplous is currently the front runner. Kirsan is finished in my view.

In 2014, Kirsan ran against Garry Kasparov, who is a well-known critic of Putin. This enabled Kirsan to garner support totalling millions of dollars. However, things have changed. Kirsan is not as rich as he claims and he is no longer enjoying the support he is used to. He is much weaker. He barely got the backing of his own federation.

What would you be able to do for Africa as President of FIDE?

Nigel Short: That’s a good question. I put a very high priority on Africa and I have visited Africa many times to do promotional tours and to hold training sessions. I did many tours long before I was standing for FIDE President so no one can say that my interest in Africa is only part of an election strategy. The same can hardly be said for either Kirsan or Makro as neither of them are ever seen in Africa outside of the election periods.

I am actually scheduled to do another training tour in Africa which was discussed and planned with the Kasparov Chess Foundation well before I decided to run. I am currently playing a tournament in India but as soon as the tournament is over I will begin a 7 nation African tour. I have travelled extensively throughout the African continent in the past and I have visited something like twenty-one (21) countries . I have been to Egypt, Malawi, Libya, Tunisia, Algeria, Morocco, Ghana, Nigeria, Ethiopia, Kenya, Uganda, Tanzania, Zambia, Zimbabwe, Mozambique, Swaziland, Lesotho, South Africa, Botswana, Namibia, Angola.

I have travelled to Africa far more than Makropolous, who has been in various FIDE positions for over 20 years. Kirsan on the other hand typically draws his support from many of the smaller federations who often have very little actual chess activity. I am not interested in votes for the sake of votes. I want to promote chess and make a difference in the game. I hope to do a great deal for Africa as President.

Who is supporting you in your campaign?

Nigel Short: I believe I will have support from many federations and organisations that want to see a change in the world of chess. I am willing to work with any organisation that genuinely aims to promote chess.

Kasparov Chess Foundation Africa, is easily the largest sponsor of chess events on the African continent and I am very impressed by the work that they have done to date to promote the game of chess on the continent. I am therefore always happy to do promotional work like the forthcoming tour for these types of organisations.

I am very much aware of the fact that different countries and federations have different needs regarding chess. There are vastly different standards of living across the various African countries I have visited. It is very different for instance in Malawi in comparison to a country like South Africa. In some places just providing physical equipment like chess sets is very important because people simply cannot afford them. In other places things are different with equipment and the most important needs might be things like access to quality chess coaching and training. I am a huge chess fan and have been my entire life.

Are you at liberty to say who is on your ticket or is that under wraps? (I was very curious about whether Nigel had any Africans on his ticket but did not ask this).

Nigel Short: My FIDE ticket is still under wraps for the moment but I am very close to finalising my ticket. I do have an excellent African candidate in mind and he will not be unknown to people who are familiar with the African chess scene. I am very passionate about promoting chess in Africa and I also know that there is a large group in Africa who are passionate about the game. Hopefully Africa will also elect a Continental President who is able to provide further opportunities for promoting the game on the Continent.

Does this mean that your playing days in chess could be coming to an end?

Nigel Short: In the short term there will obviously be a reduction in the amount of chess that I will personally be able to play. Obviously if I am elected, this will be a very different ball game. This will impact quite significantly on my chess. I am not thinking about this right now.

The one thing I can say is that I have played in every single Chess Olympiad since 1984. I don’t know of many other chess players who have similar records. This will be the first time since 1984 that I do not take part in the Chess Olympiad as a player.

Do you have any particular message for African chess players?

Nigel Short: I have a general point to make. We currently have the worst administration imaginable in chess. FIDE has no bank account and is an organisation which has lost out on millions of dollars in sponsorship simply because of the individuals who are currently in charge of the governing body. The moment reputable companies are interested in chess sponsorship and they look up the name Kirsan Ilyumzhinov, they immediately lose interest.

Makropolous is simply the Kirsan continuity candidate, but now, with me, there is a chance to do something different in chess. Unfortunately, there are sometimes administrators within the local chess federations who simply do not care about development. Chess players should be interested in how their chess is run. They should put themselves up for election. Good people need to speak up.

I often hear the refrain from people that they don’t care about chess politics. Well, then they get what they deserve. Good people should speak up and be counted and they need to make a contribution to the leadership of the game. This is a chance for a new way of doing things, based on openness and transparency.

Some people have spoken about the idea of reforming the voting structure based upon the size of the federation. I don’t agree with this. The important thing is that federations must be well run. They must have statutes, elections and accounts to show how the funds they are responsible for are utilised.

What are some of the challenges with national chess federations?

Nigel Short: There are federations with no accounts, no statutes, that have been recognized for a long time in FIDE. This is not good enough, and is why chess stagnates. These are the things that I would like to see being changed. Federations must have proper structures and processes in place.

There should at least be some minimum requirements in terms of running a recognised chess federation. FIDE currently does not interfere in the running of federations and this is a fine principle. On the other hand, however, there should be a bare minimum of standards.

What will be your top priorities, if elected to the office?

Nigel Short: Opening a bank account without doubt will be a priority!

Do you believe that there are other areas where the credibility of FIDE needs to be restored?

Nigel Short: FIDE has created an industry of titles for all sorts of things and very often people are being awarded titles without properly meeting the requirements. This is a kind of microfinancing industry for FIDE. If everyone becomes a Grandmaster the title no longer has any meaning.

I would like to put back the standards in chess and make sure these are consistently applied. There are many issues that need to be addressed and it is difficult to list them all.

How would you seek to improve sponsorship in chess?

Nigel Short: We need to open sponsorship opportunities for the game. The current relationship between FIDE and AGON is not working for the benefit of the game. The commercial rights to the most important chess event have been given to a murky organisation. This relationship has not benefitted FIDE as an organisation and the game is suffering as a result. It may have benefitted some individuals, but it does not benefit chess.

I will mention one other thing. There are individuals and corporations willing to bid millions of dollars for the World Chess Championship rights but none of them are willing to deal with AGON. One can only guess why FIDE is still so attached to AGON. The issue is that People at FIDE are attached to AGON and I believe this is bad for chess. FIDE could benefit immensely from credible sponsorship but the people in charge must have a broader view on chess.

Nigel Short: People need to have a broader view of chess. Almost everyone reading your article will be involved with the game in some way, manner or form. We may all be in it for different reasons but we share a common passion. I am very passionate about chess and chess in Africa and I absolutely love it. In many ways it is my favourite continent.

Thank you, once again Grand master Nigel Short for this incredible opportunity.