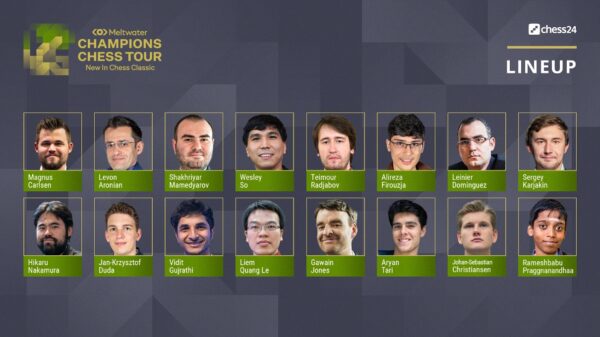 The New in Chess Classic runs non-stop for 9 days from April 24 to May 2 and retains the same cut-throat formula of a 3-day round-robin after which the field will be reduced to 8 players before the knockout begins. Days 1, 2 and 4 will overlap with Rounds 12, 13 and 14 of the Candidates Tournament in Yekaterinburg, but while games start at 13:00 CEST there, the Tour events will start at 19:00 CEST.

The players will once again be playing rapid chess in the chess24 Playzone, with 15 minutes per game and a 10-second increment per move. The knockout stages will feature two days of 4-game rapid matches, and if the match score is 1:1 after the second match they’ll play two 5+3 blitz games followed, if needed, by an Armageddon game, where White has 5 minutes to Black’s 4 but a draw counts as a win for Black.