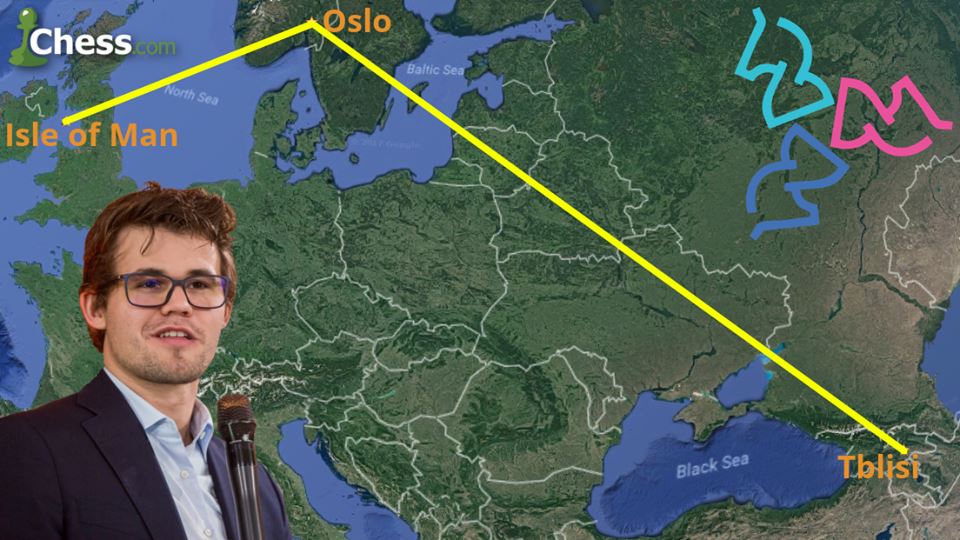 The 2017 Isle of Man International is a 9-round Swiss tournament taking place from 23 September to 1 October in the Villa Marina and Gaiety Theatre in Douglas, Isle of Man. It features World Champion Magnus Carlsen and world-class players such as Kramnik, Caruana, Anand and Nakamura. The top prize is £50,000, with £6,000 for the highest finishing woman. The time control is 100 minutes for 40 moves, then 50 minutes for 20 moves, then 15 minutes until the end of the game, with a 30-second increment from move 1. No draw offers are allowed before move 30. The event is sponsored by Chess.com and the Scheinberg family.