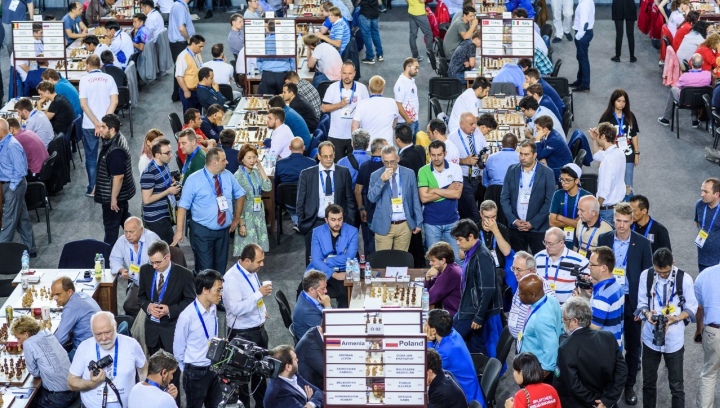 The FIDE Council has approved today the bid presented by the All India Chess Federation (AICF) to host the 2022 Chess Olympiad in Chennai, the capital of the Tamil Nadu state.

The exact schedule is still being discussed and will be announced in the coming days, but the event will take place between the end of July and the beginning of August, not very far off from the dates originally planned. The venue will be the convention centre at the Four Points by Sheraton, located in the Mahabalipuram area, one of the main touristic destinations in southern India.

Situated in the Bay of Bengal in eastern India, this city of 7 million inhabitants is also home to the legendary World Champion Viswanathan Anand, the first-ever Grandmaster from India. But the chess tradition of Chennai goes even further back, as the first Indian player to ever achieve the International Master title, Manuel Aaron, also grew up in the city. And, of course, Chennai previously hosted the 2013 World Championship, where Magnus Carlsen was first crowned World Champion, defeating Vishy Anand.

The AICF Secretary Bharat Singh Chauhan, who is also a Chairman of the FIDE Technical Commission (TEC), underlined the importance of the experience already gained by him and his team in recent years. «The experience with Delhi Chess Open, the largest event of its kind in the world, will be a big help, as we have already dealt with large numbers. But Olympiad is a big game. I am sure we will make it the best,» he said.

The 44th Olympiad, which was supposed to take place in Moscow and Khanty-Mansiysk, was shifted out of Russia following FIDE’s reaction to the war in Ukraine.